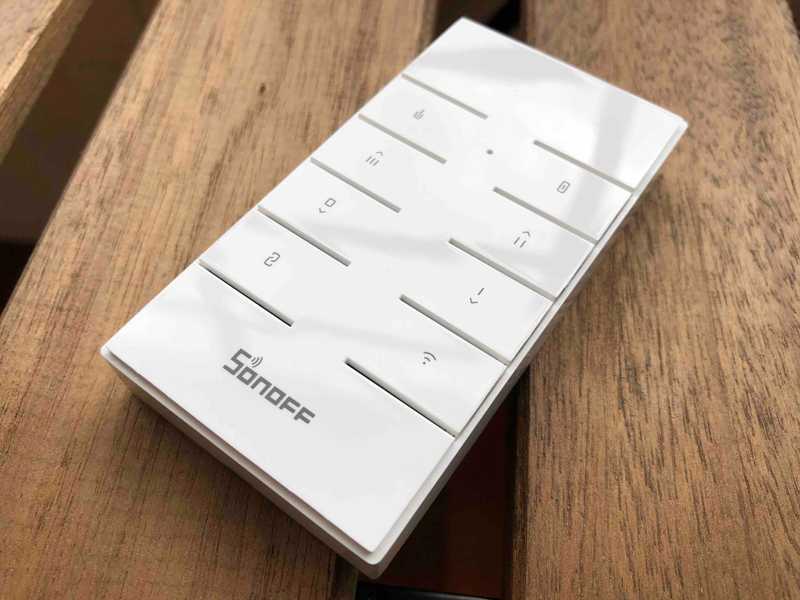 I would like to share how I added this Sonoff RM433 remote to my home automation setup using Homeassistant.

Having a physical remote was something that I think was missing here at home.

Sometimes you just need to trigger a scene, or turn something off without requiring Siri or Google Home interaction, and the remote is there. It’s a physical thing, you can press some buttons. This is particularly useful to be used by someone at home that may not have access to Homeassistant companion app, or even Siri.

Here’s an image of the original package 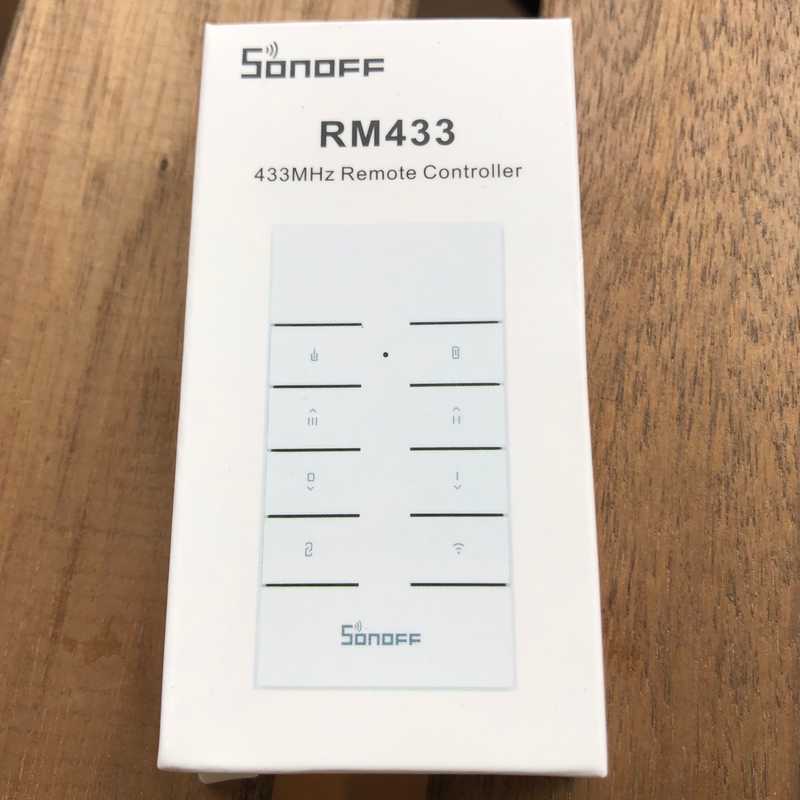 You can buy this in the ITEAD store.

I will assume that you already have an RF Bridge, also configured on Homeassistant, ready to get some RF codes.

I personally use a Sonoff RF Bridge with Tasmota. It’s pretty straightforwad to capture RF codes.

Tasmota publishes any RF detection into the following topic: tele/sonoffrfbridge/RESULT (where sonoffrfbridge is the name of the unit).

Here’s an example of the payload published to the RESULT topic:

I’ve created a sensor in Homeassistant that will capture the new transmitted codes, and will parse this JSON, just with this:

As you can see, it’s just matching the nested nodes: RfReceived.Data.

So we can now observe sensor.sonoff_bridge_443 and act accordingly with a set of rules.

You can use the Tasmota console of the RF Bridge to start capturing some hex codes that the RM433 triggers, we’ll need those codes right ahead. Codes with 6 hexadecimal characters like the following:

One option to get this remote to work with Homeassistant is to create a binary_sensor with all the buttons that we need to map:

They’ll trigger when each each button is pressed, and a code is received, turning the binary sensor ON. Adding a delay_off it will turn the sensor OFF in 1 second after being enabled. It’s a trick like we use for Motion detection devices that have no OFF state.

Bear in mind that we’ll us the codes captured to put into these binary sensors:

I’ve added just 2 buttons for a demo but you cann add all the other 8 buttons.

Along with these binary_sensors you can now bind them to your other stuff, creating automation rules.

As an example, I’m using a button to enable scenes, or even start my bread toaster 🍞timer in my automations.yaml file: